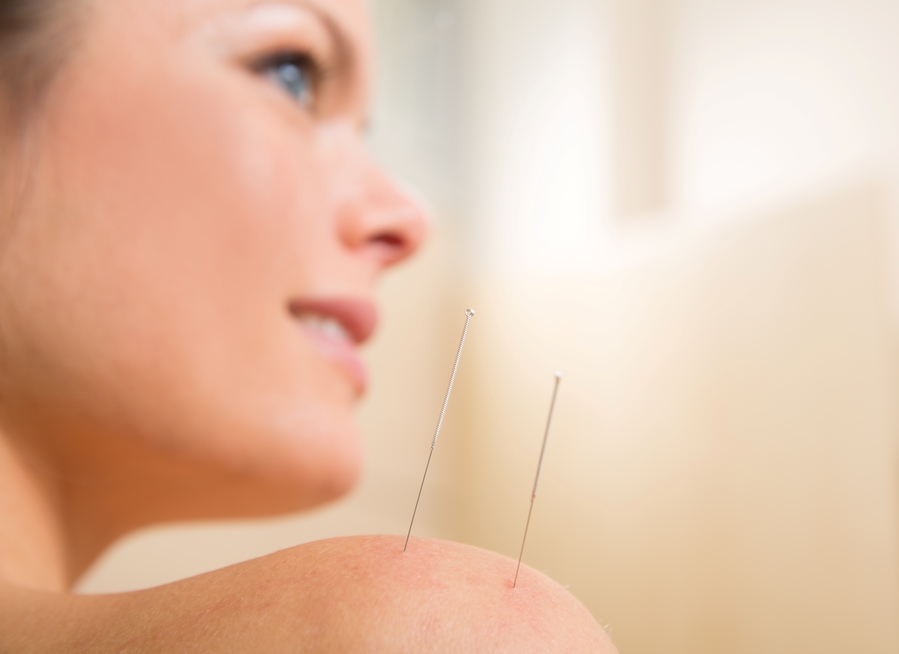 Traditionally a medical practice of Eastern cultures, acupuncture is used to address  a variety of diseases and assorted medical conditions. This is primarily done by inserting needles through the skin at various points that stimulate acupuncture points,  nerves, muscles and other connective tissues. While considered by some still to be quite exotic, acupuncture has been approved by the U.S. Food and Drug Administration (FDA) as a legitimate medical practice, and is enjoying greater use and acceptance in the U.S. It is covered by many insurance policies, including workers compensation in many jurisdictions and can be found in a number of academic medical institutions.

Acupuncture is performed using a variety of different styles and approaches that often blend both Eastern and Western approaches to medicine. In order to determine the appropriate acupuncture treatment for a specific complaint, an acupuncture practitioner may inquire about the patient's symptoms, behaviors and lifestyle. In addition, the practitioner may examine various areas of concern including the shape, coating and color of the tongue, the color of the face, the eyes, and pulse amplitude and rhythm among other clinical findings.

Once the appropriate type of acupuncture has been determined, for example the low back, the practitioner will examine the lower back or other points of treatment. While the procedure may specifically be for a lower back complaint, the treatment will not necessarily be performed there and more likely the needles will be placed across different areas of the body. These treatments may require the removal of clothing, with a gown, towel or sheet provided while the patient lays down on a padded table for the treatment.

The actual treatment involves the insertion of a very thin needle, which causes little or no pain or discomfort, into specific acupuncture points which are thought to affect the flow of energy or Qi through channels or meridians. The number of needles inserted depends on a variety of factors.  Once the needles are in places, the practitioner may slowly twirl the needles or gently move them, sometimes applying heat or a mild electric pulse through the needle.

The needles will remain in place for approximately ten to twenty minutes, during which the patient must lie still and relax. Despite the image of a patient looking somewhat like a porcupine, the patient will not usually feel discomfort during the session or during the removal of the needles.

Acupuncture Efficacy (Does it work?)

Traditional Chinese medicine attributes the purpose of acupuncture to the stimulating of the body's Qi (pronounced "chee"), which controls the circulation of blood and protects the body from illness, pain and disease. By inserting needles into specific pathways called meridians that act as a kind of channel for the Qi, acupuncturists can disrupt blockages and restore the body to its normal Qi flow.

Despite its almost universal popularity in Eastern societies, Western medicine has been challenged to find a scientific basis for a medical explanation of the Qi, despite well-designed studies that demonstrate effectiveness for some conditions.  Many of the effects of acupuncture have been replicated in sham or placebo controlled acupuncture simulations, in addition to similar results observed from painful stimuli, relaxation training or exercise. Theories as to how acupuncture works vary from speeding up the relay of electromagnetic signals, the release of pain-killing chemicals or the release of natural opioids, which can lessen pain in the brain.

While acupuncture can help to relieve conditions such as lower back or chronic pain, it can also be used in treating obesity. Acupuncture has been shown to reduce the amount of leptin, which regulates the body's metabolism and storage of fats. By lowering leptin levels, a sense of feeling full can be induced, leading to weight loss and relief of pressure on the lower back.

While research into the effectiveness of acupuncture for a number of conditions is promising, much work remains to be done, but well regarding institutions such as the government’s National Center for Complementary and Integrative Health are actively conducting research to provide better answers.

While the risks of health complications due to acupuncture are low, side effects are possible. These can include:

Acupuncture is not right for everyone and can increase health complications. Caution should be exercised by patients with:

Individual acupuncture sessions typically cost anywhere from $50 to $95. Prices are similar nationwide and do not differ greatly whether the service is by a clinic or private practitioner.

Healthy Products for the Whole Family