Ice and Heat for Headache 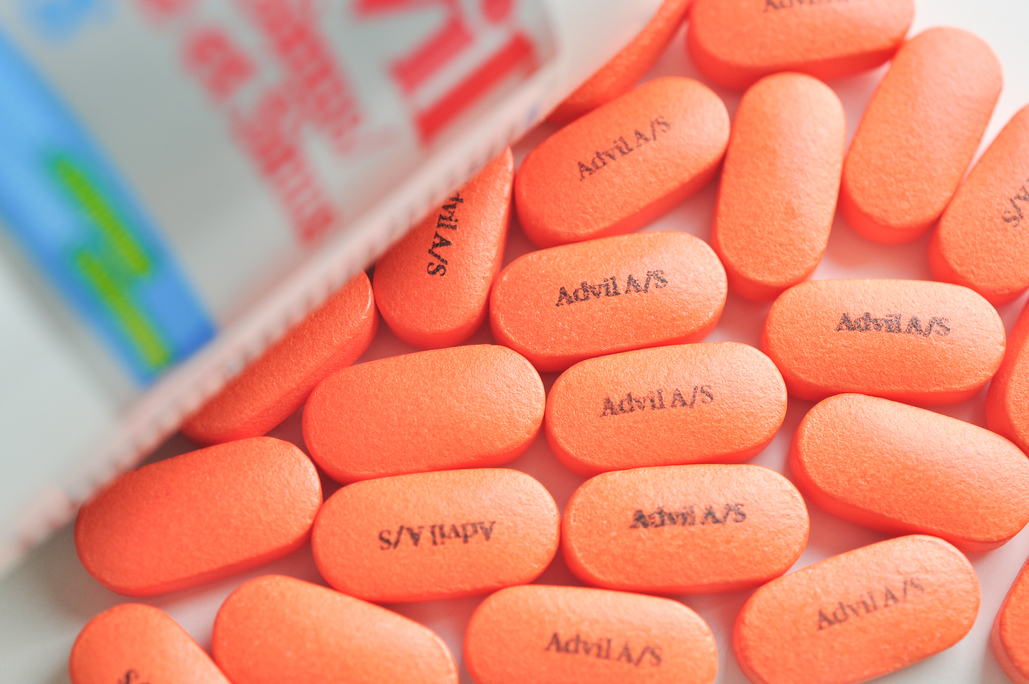 NSAIDS are anti-inflammatory medications such as ibuprofen (Motrin, Advil), naproxen (Naprosyn, Aleve) and aspirin. NSAIDS are among the most commonly used drugs in the United States, and can be found in most people’s medicine cabinets. Generic NSAIDS like these are very inexpensive, and this treatment is widely used in the U.S. to help reduce pain and fever.

NSAIDS do have significant risks.

The American Heart Association and other national and international organizations have warned about chronic use of NSAIDS particularly in patients with, or at risk of developing, cardiovascular disease.

Common side of effects of NSAIDS include nausea and vomiting, diarrhea and reduced appetite, upset stomach, mild heartburn. Other common side effects include bloating, gas, diarrhea, drowsiness, rash and headache, dizziness, constipation, nervousness, mild itching and ringing in the ears.

A common and potentially serious side effect of NSAIDS are gastric or peptic ulcers, which can lead to potentially fatal bleeding. NSAIDS can also cause kidney, liver and cardiovascular side effects. Ibuprofen can increase your risk of fatal heart attack or stroke, especially if you use it long term or take high doses, or if you have heart disease. Do not use this medicine just before or after heart bypass surgery (coronary artery bypass graft, or CABG).

People with cardiovascular or kidney disease, prior heart attacks, prior stroke or history of peptic ulcer should avoid NSAIDS. Do not take more than your recommended dose. An ibuprofen overdose can damage your stomach or intestines. The maximum amount of ibuprofen for adults is 800 milligrams per dose or 3200 mg per day (4 maximum doses). Use only the smallest amount needed to get relief from your pain, swelling, or fever.

The risk of death from bleeding attributed to NSAID/aspirin use is about 5.57% or about 21-25 cases per million people. Interestingly, up to one third of all deaths from NSAIDS/aspirin are from low dose aspirin. Many patients feel that over the counter non-steroidal anti-inflammatory drugs (NSAIDS) like Motrin, Aspirin and similar drugs are very safe since they are so widely used. This study demonstrates that NSAIDS and aspirin carry a significant risk of injury, primarily from gastric bleeding, and death.

In reviewing data on the safety of aspirin and other NSAIDS in overdose fatality reports from the American Association of Poison Control Centers (AAPCC), the data indicate that ibuprofen in overdose is relatively benign and requires supportive and symptomatic treatment. However, acute overdose with aspirin and chronic aspirin toxicity (e.g., salicylism) are associated with significant morbidity and mortality.

There are reported estimates of 100,000 hospitalizations per year in the U.S. for NSAIDS related gastrointestinal (GI) bleeding alone, and up to 16,500 deaths per year. Risks include gastric bleeding, cardiovascular problems and kidney problems. The cost for caring for these side effects is estimated at $4 billion dollars a year for the elderly alone, though they are not the only ones at risk. All NSAIDS have risks, and you are 2.5 times more likely to have an adverse GI event if you take NSAIDS than if you don’t. You have a 2.4 times greater risk of stroke and triple the risk of kidney failure if you take NSAIDS.

While the risks are greater the longer you take them and in higher doses, NSAIDS risks are there even if you use them for a short period of time.

A large scientific review of a number of studies found that no one NSAIDS appears more effective than others. Interestingly, they also found that using NSAIDS was no more effective than non-pharmacologic interventions (spinal manipulation, physical therapy, bed rest). NSAIDS appear to be slightly better at relieving back pain than paracetamol (acetaminophen) but had a lot more side effects. Another study released in 2015 showed paracetamol was no more effective than placebo for low back pain. Some NSAIDS are used for more severe or acute pain (such as ketorolac) while others, such as aspirin, are also used for their blood thinning effects.

A report published in the Journal Headache suggests that NSAIDS may not move through the stomach to the small intestine as quickly when a migraine headache is present, and recommended caffeine (such as in coffee) to increase gastric motility.

CDC Guideline for Prescribing Opioids for Chronic Pain — United States, Mar 2016A guideline from the American Pain Society and American College of Physicians rates NSAIDS as having moderate effectiveness, though no one type of NSAIDS was proven better than others. They gave NSAIDS a grade of “moderate” in terms of effectiveness for both acute and chronic pain.

Based on ease of availability and cost, we rate consumer’s ability to access NSAIDS

While there are prescription NSAIDS available, most commonly used NSAIDS, such as ibuprofen (Motrin, Advil), naproxen (Naprosyn, Aleve) and aspirin are readily available almost everywhere and over the counter. Generic NSAIDS like these are very inexpensive, and this treatment is widely used in the US.

While there are some expensive to very expensive prescription NSAIDS on the market, many are available without a prescription and are very inexpensive. Based on the range of prices, we give it a 3/5.

NSAIDS are among the most commonly used drugs in the United States and can be found in most people’s medicine cabinets. They are moderately effective for both acute and chronic low back and neck pain, however their use carries significant risks. Costs vary wildly, but most people have access to inexpensive generics, making NSAIDS a particularly useful treatment approach to neck pain. Due to its risk profile however, we can only award 4 hearts and that should be for short term use.

There are many NSAIDS available in the US, and many others have been discontinued other taken off the market. Some currently available examples include:

Overview Spinal stenosis is a narrowing of the spinal column’s canal leading to pain due to pressure on the spinal cord and other nerves. It is typically seen in middle-aged people or older with narrowing from arthritis, bone spurs or trauma. Symptoms include: Numbness or weakness Cramping in arms or legs Difficulty walking Pain in…
Read More →

What Is It? Tennis elbow is a condition where there is inflammation and pain on the outside of your elbow where the forearm extensor tendons attach. If you lay your arm flat and straight, palm up, the protruding bone on the outside of the elbow is called the lateral epicondyle. Lay the fingers of your…
Read More →

It is estimated that there are more than 100 named methods of spinal manipulation treatment (SMT)  techniques or methods.  Several  high quality research studies have demonstrated that SMT is an effective non-invasive conservative treatment for  mechanical spinal related disorders. SMT is dated back to ancient China. Modern methods were introduced in the late 19th and…
Read More →
Change Location
Find awesome listings near you!